The Bob Hope Memorial in San Diego California is a touching tribute to the popular comic who entertained the nation for years.  Born in the United Kingdom, the actor-comedian was very active in the United Service Organizations (USO) during his lifetime.

Between 1941 and 1991, Bob Hope made some 57 tours of armed forces bases around the globe. Broadcasts of his shows for the troops were often televised later in the United States. 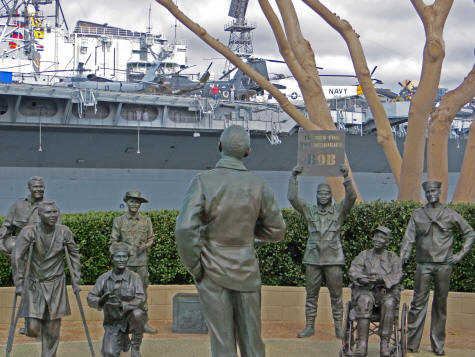 Visitors to San Diego California can visit the Bob Home Memorial which is located on the Embarcadero waterfront near the USS Midway. Recordings of some of Bob's best jokes to the troops are played over loud speakers.