The Hilton Hotel in downtown San Diego California is a modern building conveniently located on the Embarcadero Pedestrian Walkway.  The walkway meanders San Diego Bay and is popular for runners.

The downtown Hilton Hotel a popular or those attending conference and conventions at the nearby San Diego Convention Centre. 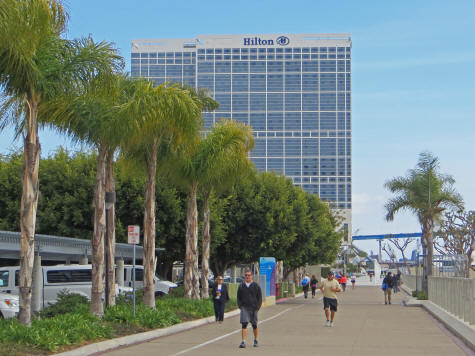 The Hilton Hotel is one of several landmark buildings that dominate the San Diego skyline.