The Balboa Theatre in San Diego USA was built in 1924 and was one of the grand movie palaces of its time.  The building was used by the US Navy for housing during WW2 but re-opened in 2008 as a venue for live theatre and concerts. 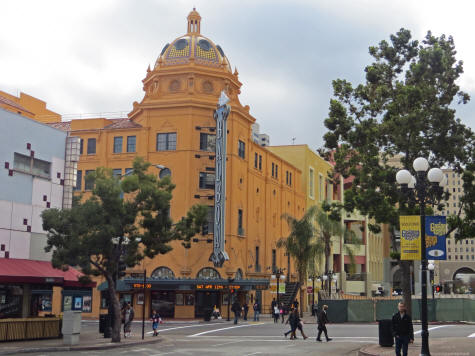