The USS Midway is a large aircraft carrier that was commissioned in 1945.  For the next 10 years, it was the largest ship in the world.  The ship saw action in WW2, Viet Nam and Dessert Storm.

The ship has now been decommissioned and is docked in San Diego California.  Tourists can visit the USS Midway and the Midway Museum 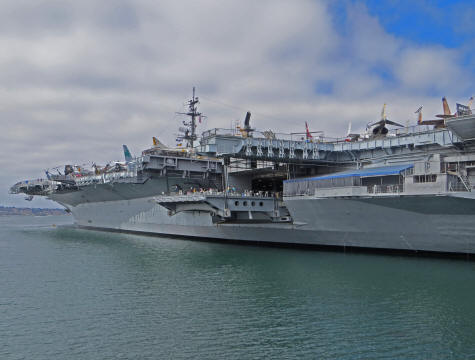 The USS Midway can be found at the Broadway Pier in downtown San Diego California.  She has become a dominant landmark in the city.