Most international tourists arrive at the airport via a short flight form LAX or one of the other Los Angeles airports. 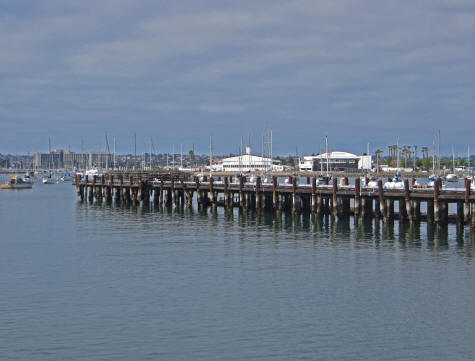 The San Diego Airport is located on San Diego Bay north west of the city center. The #992 city bus connects the airport to downtown San Diego and operates every 10 to 15 minutes ($2.50).  There is also a shuttle service ($10).  Due to the short distance, the taxi fare between the airport and San Diego is only $10 to $15.